Climate models are championed as the means of confidently predicting the calamitous future ahead due to excessive levels of CO2. But climate models can’t predict the weather next week accurately or next month! Why should anyone believe that they can tell us what will happen in 100 years from now? The truth is that human understanding of climate is incomplete at best. It is not possible to design an algorithm that will determine useful results from an incomplete understanding of the system being modelled.

The trouble with climate models

If you consider that the algorithms are programmed with CO2 as the ‘control knob’ driving temperature, it is unsurprising that as the input levels increase (in the model) the result is higher temperatures. Further more, the output of climate models cannot legitimately be considered data. It is not. Many alarmist reports and media ‘warnings’ of environmental doom implicitly do this when citing results from a climate models.

In this weeks episode of “Living outside the Matrix” Lord Monckton once again shares some of his vast knowledge about climate models and their limitations. He has done a lot of work delving into the assumptions used in the calculations. In this interview he reveals more about the fundamental errors built into these models.

He also shares insights gleaned from his years in the Thatcher government between 1982 and 1986. He tells of the communist links with the miners leader Arthur Scargill and he suggests a communist agenda driving the Agenda of massive reductions in fossil fuel use. The purpose is allegedly to destroy the West – i.e. destroy Capitalism. Note, that if governments achieve the targets of the Paris Accord treaty this is precisely what would happen. The economies of participating countries could not continue to function without fossil fuels without a commensurate increase of nuclear power. The inevitable result would be economic decline.

The arguments for the AWG (Anthropogenic Global Warming) theory are weak at best. The climate models are relied on to frighten everyone including the children (Greta Thunberg) into calling for drastic and damaging un-needed action. But the track record of these models aalready shows them incapable of predicting climate with any accuracy over the past 30 years. For example, sea levels were forecast to rise by 20 feet by the year 2020, and storms floods and droughts were all forecast to increase. None of this has happened.

This isn’t at all surprisng when you listen to what Monckton has to say as he sheds light on the issue in the interview.

A previous interview with Lord Monckton “The myth of CO2 related climate change disaster”  goes into more indepth background of the issues behind the debate. It sets out what we all agree on and what we don’t.

Lord Monckton occasionally publishes his work on the website whatsupwiththat.com It’s a great site to visit for climate change information. I also recommend the Global Warming Policy Foundation website for more informations along with

If you are interested in seeing the weakness of the debate in action below is a video you might enjoy. It shows a group of sceptics – people who do not buy into the climate change hysteria – putting questions to a ‘climate scientist’. What you can observe is this: the scientist doesnt give any satisfactory answers. If you are logical in your thinking it is easy to spot the absence of explanation, the irrelevant meanderings and the obfuscation (muddying of the waters). I recommend taking a look whichever side of the argument to are on.

Please feel free to join in the debate and comment below. I hope this post has helped inform and entertain you. If so please share it and spread the word. 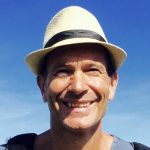