Some things in life are important, some things are not. There are issues that are relevant to our well-being, successful living and our happiness, and there are those that are simply a distraction. Lawful Rebel is all about distinguishing what is important and what is real, and dealing with those issues. We all value our health and our happiness, and some of us value our freedom. The root of well-being and functioning successfully as a human being is being rational and being proactive with the practice of thinking. These are at the root of what this website is about. Next, in the logical hierarchy, is maintaining physical health and achieving happiness through the realisation of our self-initiated values. 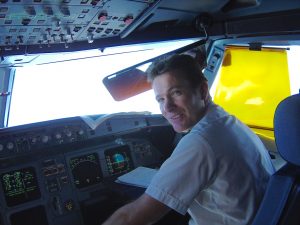 Having worked as an airline pilot for 25 years I am familiar with the need to prioritise and avoid distraction. I recall a helpful catch phrase in pilot training, “What is the most important thing I should be doing now?” and consider this to be applicable to life in general.

Through personal experience that I am not proud of, I learned the importance of truth. In 2003 my first marriage was falling apart and instead of summoning the courage to deal with the important issues head on I ran in the opposite direction and cheated on my partner. As a result I hated myself, and I hated what I did, but thankfully the experience ultimately shook me into awareness of the absolute importance of truth. Having learned that faking reality always leads to suffering, I developed a passion for truth, a near obsessive committment to discerning fact from fiction in almost every walk of life. My subsequent research has lead me into many different subjects and I began to see a pattern of disinformation in the world around me – particularly in the mainstream view, the ‘official’ view and that of the mainstream media. This fuelled my curiosity and the deeper I dug the more obvius it became that we are lied to.

In my 40’s I became aware of my own health issues but saw that the conventional view of health that my doctor offered – that of treating specific symptoms with drugs – was not addressing the root cause. I took matters into my own hands and enthusiastically studied health and nutrition for many years. Without claiming to have all the answers I have learned that much of the information in the mainstream is 180 degrees wrong. My interest has led me through many subject areas and I saw a familiar pattern.

From direct experience in the Crown Court of the UK government, where I represented myself in questioning the claimed jurisdiction of the State, I learned that I live under a form of cloaked tyranny which hides behind fine words, pretense and a veneer of acceptability. Without building a house or any other permanent structure, I moved onto my own land with my wife and family. The State claimed that I needed its permission to do so. I sought to challenge this presumption with evidence and a rational argument. I attempted to reason with the State via the law courts but my arguments were deliberately and systematically ignored. For the ‘crime’ of living peacefully on my own land in a beautiful nest of yurts (pictured below), quietly taking care of myself and my family at no expense to the state and inconveniencing no one, I was prosecuted, evicted from my home and forced under threat of imprisonment to pay £21,500 in fines and costs. 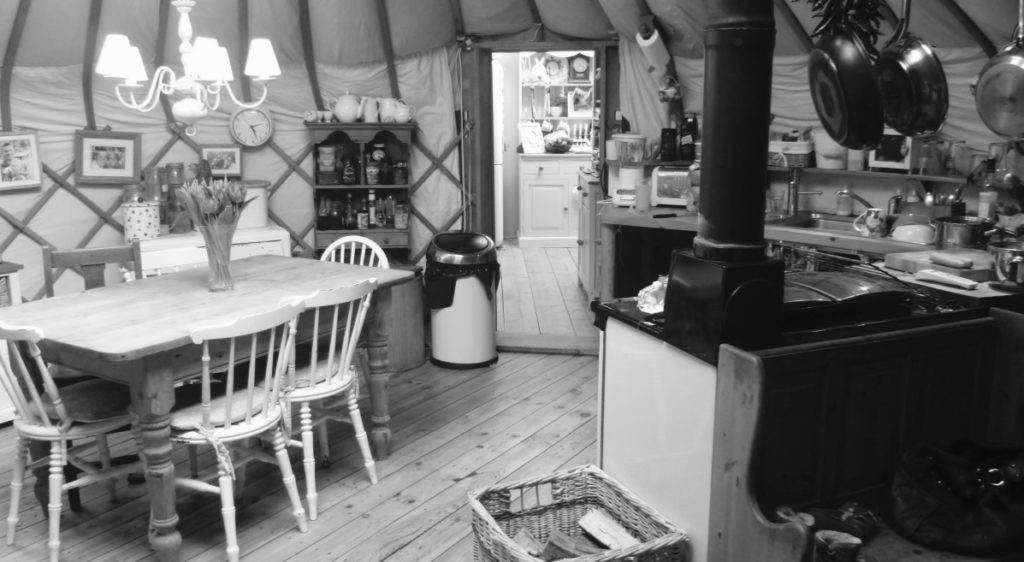 In such an insane and back-to-front world of tyranny and falsehood, I am compelled to rebel. I will not accept such nonsense as men being subordinate to the state, nor a morality of force and coercion, nor fiction as truth. But there is little point in rebelling against something that is wrong without standing for what is right.

My actions are lawful. I impinge upon no man. I seek only to be left alone, to be free to make my own choices and to act upon those choices. I wish to own and keep what is mine and allow others to own and keep what is theirs. I respect the rights of other men as I demand they respect mine.  I am a trader offering truth for value in the free market of goods and ideas.

I advocate land ownership because it is the foundation stone of freedom. In the current context of living in England, it is a means to production, creativity, independence and security. It is the basis of a healthy meaningful and satisfying lifestyle. For those who seek to break away from the empty drudgery of conventional modern living, to distance themselves from the insanity of mainstream culture, land ownership offers them a canvas upon which to paint their dreams. However, I do not support any ideological return to primitivism, or to reduce one’s footprint for its own sake.

The content of this website is influenced by the magnificent thinking of Ayn Rand – perhaps the greatest mind of the last century. She identified the fundamental conflict between reason as our only guide to knowledge and mysticism as a source of alleged knowledge from somewhere other than reality. Reason and Mysticism are opposites that cannot be reconciled. I highly recommend her work to any seeker of truth and especially those seekers of freedom who have yet to underpin their desire with philosophical foundations. 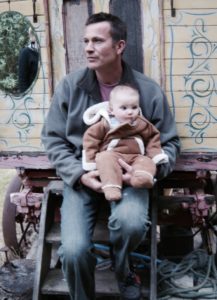 For some years now I have observed the many ‘duff steers’ within the Matrix, the back-to-front and up-side-down-ness of the accepted norms that are swallowed whole by the unthinking masses in their eagerness for cultural fast food. There are so many untruths, from the nonsense of the war on terror to the bogus morality of self-sacrifice.

Ayn Rand showed me the root of them all;  the false philosophical ideas and premises that slip in through the back door of unwary minds by cultural osmosis. The control of a civilisation can only be achieved by steering the philosophical convictions of the masses. But most importantly she showed me the solution. It is thinking and the absolute necessity of reason.

The purpose of this website is to explore and clarify issues that are commonly misunderstood. I seek to explode the ‘many modern myths’ within the Matrix and to share my acquired knowledge of how to achieve optimal health in body and optimal functioning of mind. I have learned that thinking is crucial to mans survival, it is our primary virtue, the best thing we can do, yet few understand what it is and how to do it effectively. Thinking is the key to enlightenment, to exercise our uniquely human capacity to expand our conceptual knowledge.